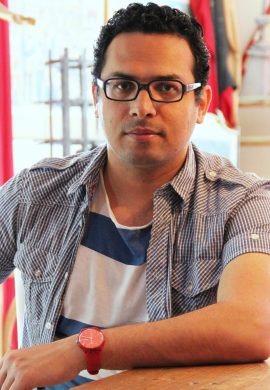 Ali Asgari was born in Tehran, Iran. He was graduated from Tehran Azad University in 2007. He moved in Italy and from 2009 he is living in Italy. He is graduated of DAMS (Cinema and music and Theatre) from Roma Tre University. He began his career as an assistant director and after working in 30 short films and 5 feature films for other directors he started to make his films independently. On 2011 he made his first short film “Tonight is not a good night for dying which was screened in around 40 film festivals around the world. In 2012 Barbie also was screened in more than 40 festivals and won 10 international prizes.in 2013 he took part at Berlinale Talent Campus at the same year His short film More Than Two Hours was in official selection at Cannes Film festival and nominated for a Palme d’Or. The film had a very great success in festival circuits and was screened in around 260 festivals such as Sundance , Palm Springs , Melbourne , Durban , Stockholm, Montreal, Sao Paulo , BFI London , Leeds, Festival Tous Courts….. , where the film won around 70 prizes and is qualified for the Oscars 2016. His films have won more than 100 international awards. His new film “The Baby” was premiered in competition of Venice Film Festival 2014.